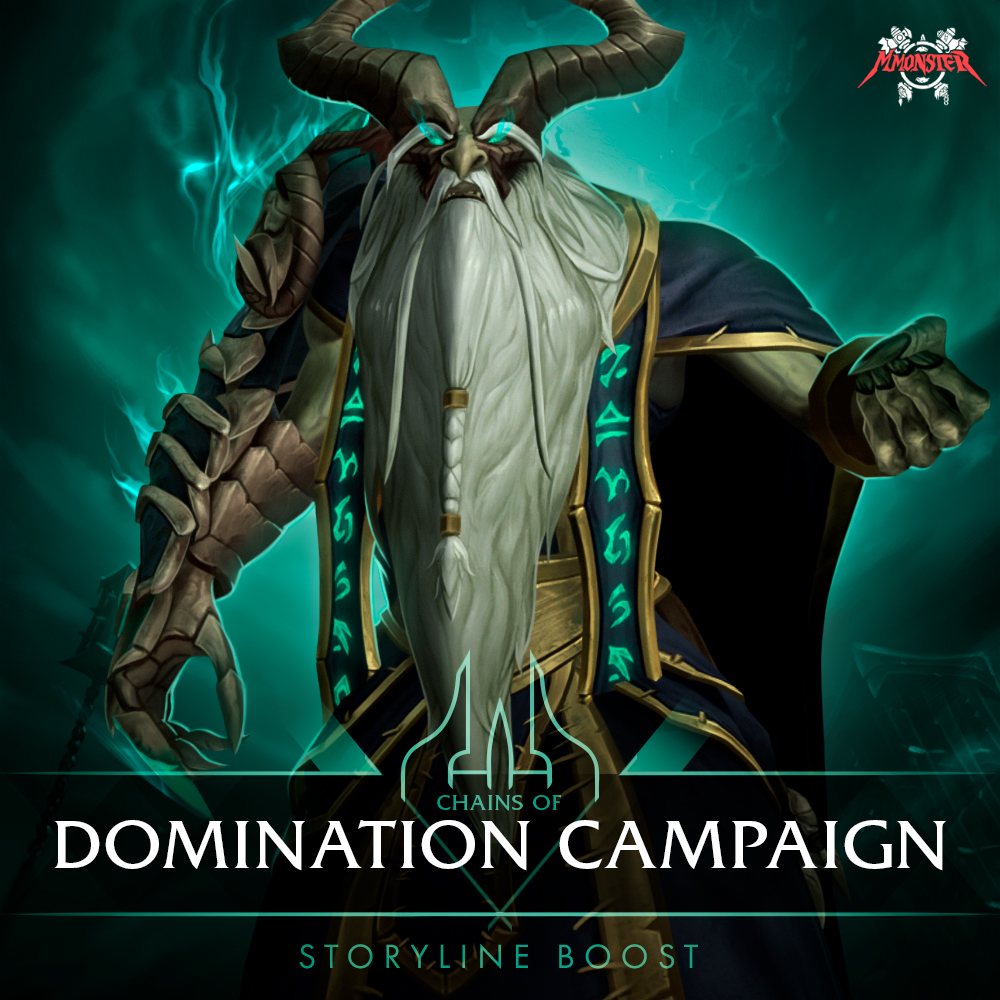 fter a player logs in to game when Chains of Domination patch hits live servers, he will start new Chains of Domination storyline Campaign which consists of 9 chapters, with each chapter gated behind gaining Renown levels and lasts approximately 8 weeks of weekly Renown leveling and questing. Each chapter of Chains of Domination campaign unlocks some crucial end-game content and rewards with exclusive features, such as Korthia Daily and Weekly Quests, Covenant Assaults, Tormentors or Torghast event, new Death's Advance faction, Flying in Shadowlands zones, Renown levels, new Soulbind traits and rows, Conduit slots, new Companion, new Legendary Powers, World Quest gear upgrades, transmogs and other cosmetic rewards. Also, by completing chapter 2 of campaign you will gain The True Maw Walker passive ability which allows you to ride mounts in Korthia and the Maw. There are no other requirements to start Chains of Domination campaign except completing the Maw/Torghast questline on your account and reaching 40 Renown level with your Covenant and if you are new player, you can simply add them as extra options when purchasing this service. So what are you waiting for? Our boosting team will gladly help and finish your Chains of Domination Campaign in the shortest time allowing you to continue your epic and most interesting journey on the new realm of Shadowlands expansion enjoying your end-game content right away. We guarantee security of your account, complete anonymity and reliability of our powerleveling services.

ou can buy Chains of Domination Campaign Boost with account sharing only. Our professional and trusted Mmonster players will kindly boost your character with this World of Warcraft (WOW) Shadowlands Chains of Domination Campaign boosting service really fast so lean back and watch your character collects all those tasty rewards and achievements and tremendously grows in power!