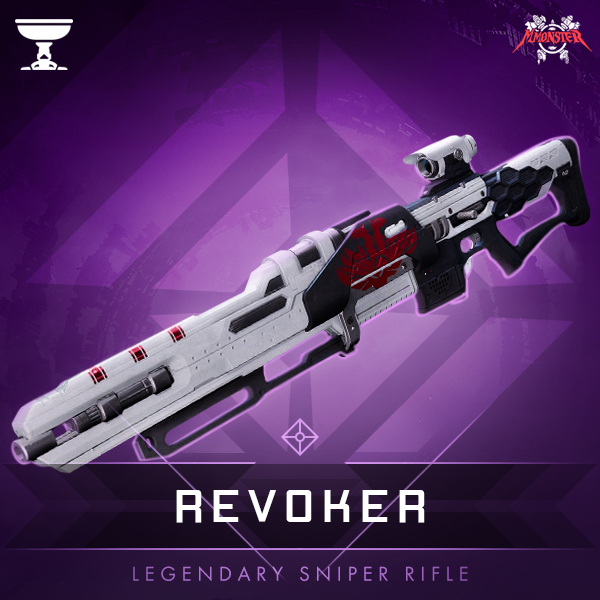 Revoker is a legendary sniper rifle introduced in the Destiny 2: Forsaken expansion and is a Pinnacle weapon reward for earning 3500 Glory Rank Points during the season and landing sniper rifle kills.

The Revoker’s unique perk is called Reversal of Fortune which returns a bullet to the magazine if you've missed a shot. This weapon also possesses a special Ambush SLH25 low zoom scope with the fastest handling and the Snapshot Sights perk allowing you to easily take on foes at close range. Revoker also comes fully Masterworked, which increases its Handling to roughly 25%. This should make landing shots a bit easier.