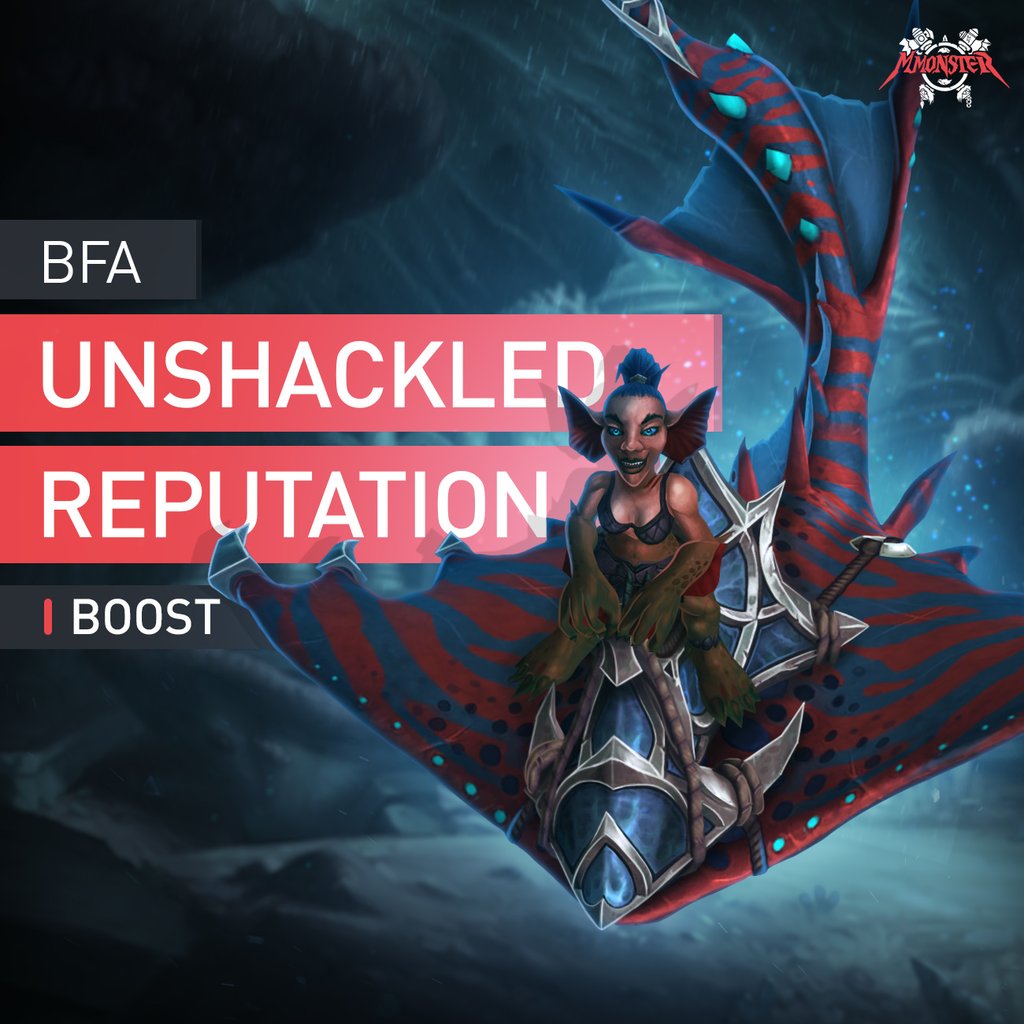 he Unshackled is a new Horde only faction added in World of Warcraft patch 8.2 Rize of Azshara located in Nazjatar. The faction is a group of former naga slaves: united gilgoblins, makrura and sea giants refugees who are fighting for their freedom against the naga. Led by Neri Sharpfin gilgoblin, who was the first to escape the naga and organized the group of resistance, The Unshackled accepts and shelters any inhabitants of the deep seas who once suffered from the naga. Leveling reputation with The Unshackled faction unlocks some cool rewards such as some Rank 3 profession recipes, special items to unlock and upgrade 3 Azerite Essences and last, but not least - cool Unshackled Waveray flying waveray mount for getting Exalted reputation sold for 250 Prismatic Manapearls. There are several ways to gain reputation level, such as zone quests, world quests, daily quests, killing rare spawns, summons from the depths and other Nazjatar activities, but even then getting Exalted reputation will take you several weeks to achieve. We will perform all the required activities to gain Exalted reputation with The Unshackled faction, so save yourself lots of time using this farm service by our boosting team.