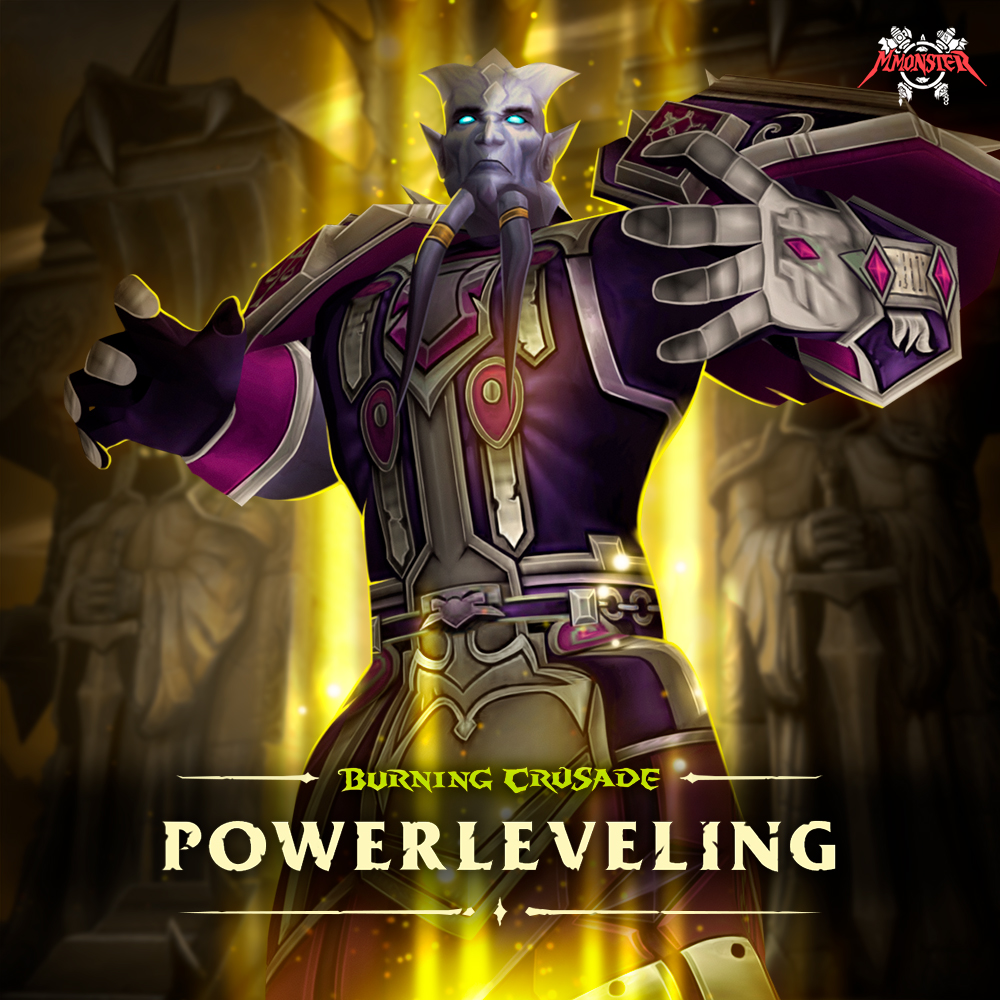 Here you can buy fast and smooth Burning Crusade Classic Power Leveling Boost and get your WoW character leveled to Level 70 in no time. Try our exclusive Super Speed Leveling Boost service to get your character ready for TBC endgame in just 4-5 days

o truly emulate the original game's updates through the content patches, much like it was in WoW Classic, the endgame content in TBC Classic is going to release in phases. There will be a total of 5 phases:

he maximum level of the player characters is set to 70 and reaching max level in WoW TBC Classic expansion can be really difficult and time consuming task. At the same time it is vital in order to fully immerse yourself in WoW Burning Crusade Classic end game content and therefore we are ready to provide you with WoW Burning Crusade Classic character leveling boost service fast and easy.

o reach the max 70 level in WoW Classic Burning Crusade players will have to complete hundreds of quests, kill dozens of mobs and grind tons of XP to reach max level 70, which is crucial to unlock endgame in TBC, including new Reputation Factions, Heroic Dungeons, Raids, Arenas, 280% Speed Flying Mounts and other activities. So why would you waste countless hours leveling up your character if you can simply invest your time in more exciting and new Burning Crusade Classic end-game content? With our WoW Burning Crusade Classic Power Leveling Boost you will get your character power leveled to level 70 in no time, and if you are the one kind of a player who likes to get be one of the first to get access to new endgame content, we've prepared a special Super Fast 1 Week Leveling boost so you can explore TBC endgame in just 7 days from the initial expansion release. Our boosting team will gladly help and power level your character in the shortest time allowing you to continue your epic and most interesting journey beyond the Dark Portal. Power Leveling usually carried out in a combined way including grinding mobs, completing quests and running dungeons. We guarantee security of your account, complete anonymity and reliability of our powerleveling services. We have also prepared different packages of our leveling boost with different power leveling boost times so you can plan your playing time beforehand depending on your needs and goals.

ou can already preorder our WoW Burning Crusade Classic Power Leveling Boost and reserve your guaranteed spot among the very first people whose character leveling boost will start right after Burning Crusade Classic expansion goes live. Our professional and trusted MmonsteR players will kindly boost your character with this World of Warcraft (WOW) TBC Classic Powerleveling boosting service really fast so lean back and watch your character reaches his desired level and tremendously grows in power in no time!

Check our table to know the exact time of your power leveling boost: