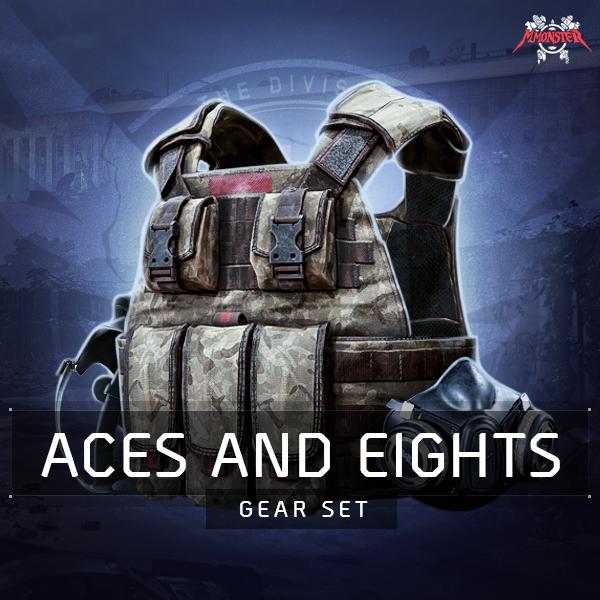 The Division 2 gear sets are a vital part of endgame progress, assemble crafting, and PvP. These armor sets provide unique buffs and traits on your character agent if you have enough gear set pieces equipped at the same time, providing you an advantage over opponents and allowing you to specialize in specific combat playstyle. In Division 2 Warlords of New York Title Update 8, all Gear Sets received a complete overhaul and rework, and now gives stat bonus on 2-piece and 3-piece set bonus, and its respective talent at 4-piece. Additional talents to enhance the overall effectiveness are found on the set's Body Armor and Backpack.

Aces and Eights gear is a new gear set tailored for precision hard hit play style thanks to its gear set bonuses, check them at the Gear Set Bonuses tab. Buy Aces & Eights Gear Set from the safest and most reliable boosting service on both EU and US regions and our pro players will deliver the aforementioned gear for your character in no time!