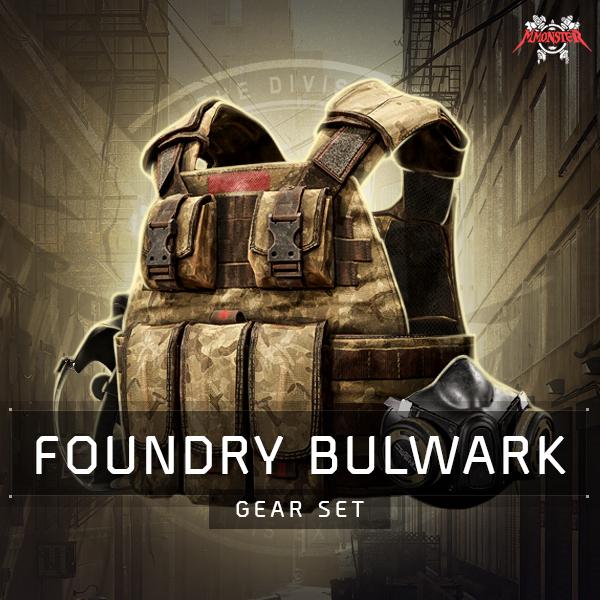 oundry Bulwark is a new Division 2 Warlords of New York Gear Set which arrived with Title Update 10. The gear set pieces are dropped exclusively from the second Division 2 Foundry raid called Operation Iron Horse (Chest and backpack pieces). It is the first dedicated pure tank Gear Set and designed for agents who want to maximize their survivability, allowing both their shield and themselves to absorb and repair the damage they take over time. uy Foundry Bulwark Gear Set from the safest and most reliable boosting service on both EU and US regions and our pro players will deliver the aforementioned gear for your character in no time!