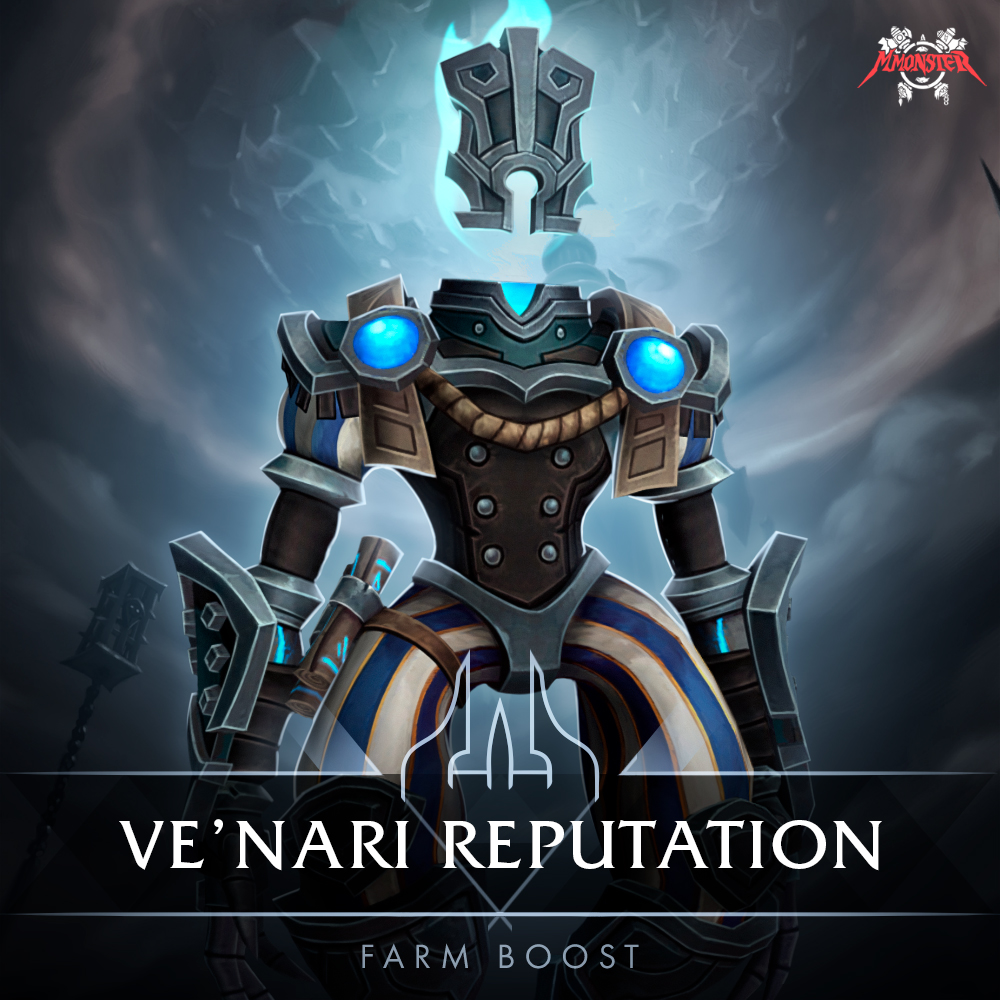 e'nari is a new faction added in World of Warcraft Shadowlands expansion located in the Maw zone. The faction consists of a singular NPC which can be found at Ve'nari's Refuge in the Maw. Unlike other common Shadowlands factions Ve'nari has a Trust system with 6 reputation levels:

eveling reputation with Ve'nari is the most important thing to do at the start of Shadowlands expansion because reaching specific reputation levels will unlock special rewards which grant constant upgrades to Torgast Tower and the Maw gaming experience. Additionally to that, reaching highest reputation levels will unlock items to power up your character such as Spatial Realignment Apparatus which adds socket to your unsocketed item, Unbound Reality Fragment to upgrade random Conduit and Memory of Jailer's Eye Legendary Power. Also, during Ve'nari Reputation Farm Boost you will get lots of Stygia  currency as a bonus. It is the main resource earned by completing different activities in the Maw to buy rewards from Ve'nari. Additionally to that, by getting more reputation and reaching tresholds you will unlock new quests and zones in the Maw to progress even further and unlock new gaming experience in the Maw.

ou will gain Ve'nari reputation for completing plenty of different activities in the Maw such as Ve'nari Weekly Quests, Daily Quests in the Maw, Wrath of the Jailer event, killing rares, elites and completing other special encounters and activities available on the map on a daily basis until you reach max Eye of the Jailer Level, but even then getting the highest reputation levels will take you several weeks to achieve. So why would you waste countless hours on a daily grind if you can simply invest your time in more exciting and new Shadowlands end-game content? With our Ve'nari Reputation Farm Boost you will get your reputation level gained in no time! We will perform all the required activities to farm required reputation with Ve'nari faction, so save yourself lots of time using this farm service with our boosting team.

Check our table to know the approximate time of your reputation farm boost: