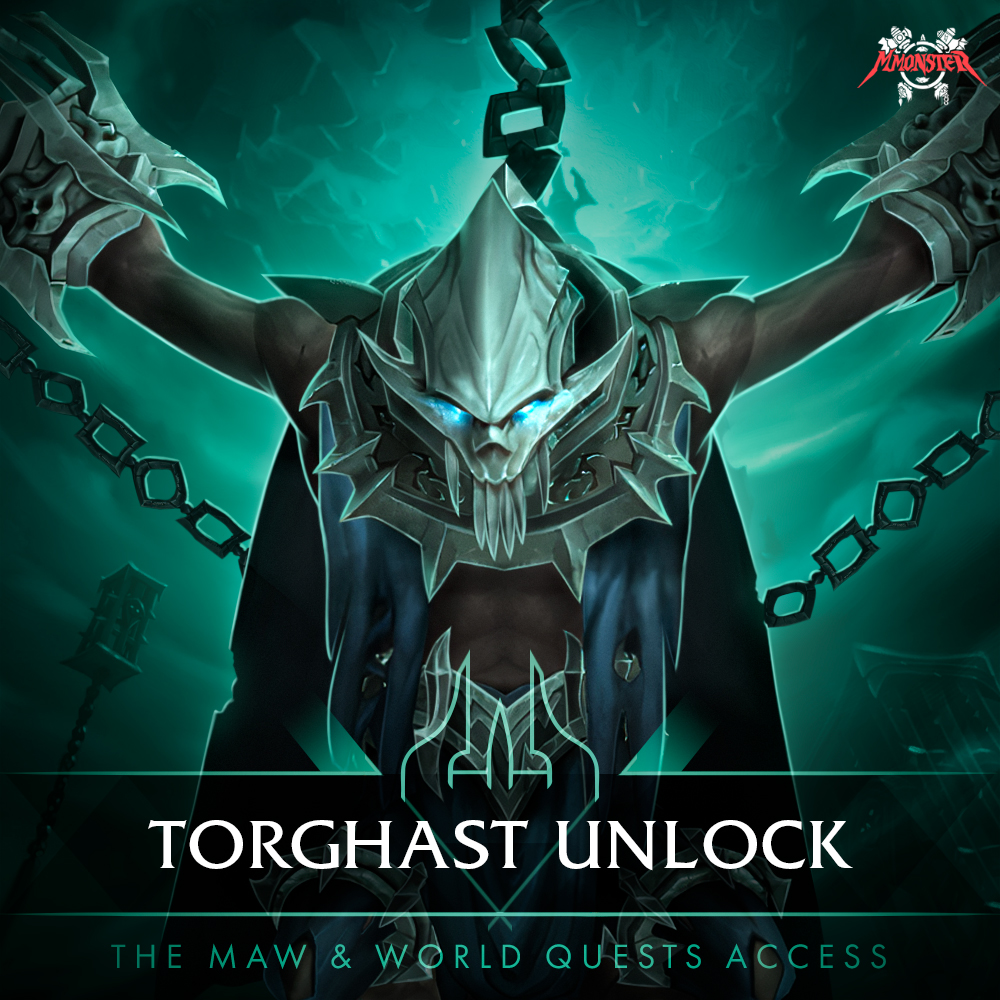 orghast Tower located in the heart of the Maw and is the place where Jailer holds his most powerful souls. Every time a player enters Torghast, he will encounter new challenges in his way: dynamic wings and changing floors flooded with horrific creatures roaming the corridors, getting stronger as you progress towards higher levels of Torghast. Every new player will have to complete the Maw questline in order to unlock Torghast Tower and gain access to some crucial endgame content such as world quests and Runecarver's chamber granting you an ability to craft Legendary Armor. Also, Torghast is the only source for Soul Ash currency which is required to fuel Runecarver's Chamber and craft your own Legendary Gear. There are no other requirements to enter Torghast except completing the Maw questline so what are you waiting for? Our boosting team will gladly help and unlock Torghast, Tower of the Damned in the shortest time allowing you to continue your epic and most interesting journey on the new realms of Shadowlands expansion. We guarantee security of your account, complete anonymity and reliability of our powerleveling services.

ou can buy Torghast Tower Unlock boost with account sharing only. Our professional and trusted Mmonster players will kindly boost your character with this World of Warcraft (WOW) Shadowlands Torghast Unlock boosting service really fast so lean back and watch your character collects all those tasty rewards and achievements and tremendously grows in power!