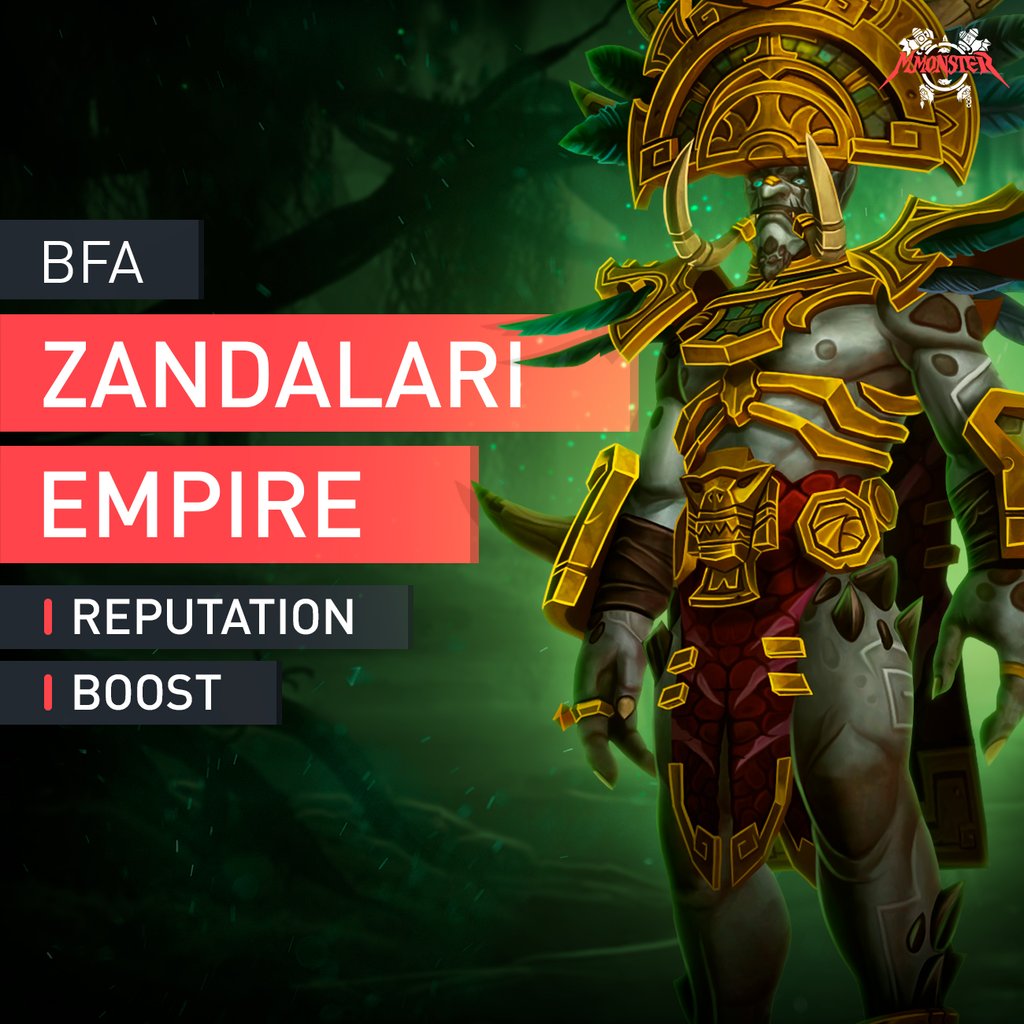 andalari Empire is a new faction added in World of Warcraft Battle for Azeroth expansion located in Zuldazar. The faction is a kingdom of Zandalar trolls led by King Rastakhan. Leveling reputation with Zandalari Empire faction unlocks some cool rewards such as some cool recipes, engineer schematics, toys, 2 flying mounts, and last but not least, reputation with this faction is a prerequisite for Battle for Azeroth Pathfinder, Part One achievement (Revered). There are several ways to gain reputation level, such as zone quests, world quests, table missions etc but even then getting Exalted reputation will take you several weeks to achieve. We will perform all the required activities to gain Exalted reputation with Zandalari Empire faction, so save yourself lots of time using this farm service by our boosting team.