Show all categories WoW Dungeons Back 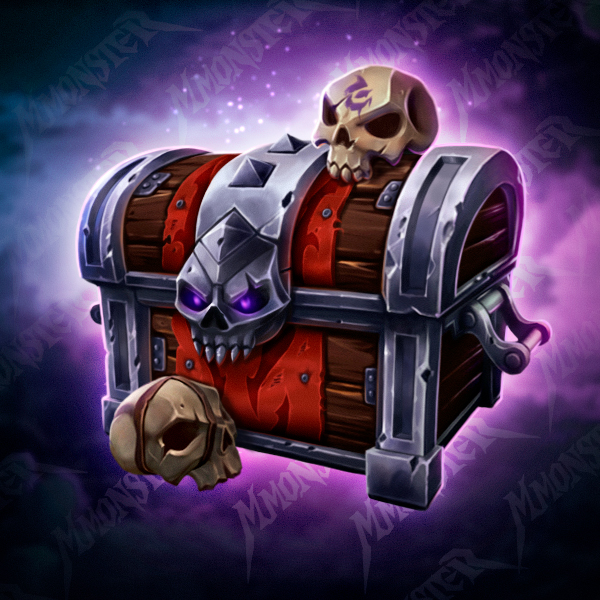 ur Mythic+ Dungeons Combo Pack is tailored specially for those who want to drastically increase their chances of getting 392-405 ilvl dungeon gear from End of Dungeon chests, 398-421 ilvl items unlocked in the Great Vault on the next weekly reset guaranteed and some Valor Points required to upgrade item level of Mythic+ gear fast and easy. Completing Mythic+ dungeon run will grant the group with Challenger's Cache in the end of mythic+ dungeon run which contains 1 random piece of loot for 1 random player in a group. Additionally to that, beating the dungeon within timer adds one item to the end of dungeon chest making it 2 total, and adding 2 loot traders of the same armor type to the run (available later into the season) increases your chances of getting desired extra loot by 3 times. Plus, Mythic+ dungeon system has no lockouts and thus any amount of M+ runs can be completed as long as someone in a group has a mythic keystone to activate and start the mythic+ dungeon run. And our mythic+ teams keep a lot of them ready to make any amount of runs you want!

uccessful completion of Mythic+ dungeons from our Combo Pack will grant you these rewards:

tem rewards received at The Great Vault can be any loot dropped from any boss through all the dungeons available. And with Mythic+ Combo Pack you will have 2 or 3 items unlocked to choose from as your weekly reward giving you more choice and chances to get the desired item, even though you can pick only one guaranteed weekly reward from the the Great Vault. Mythic+ Dungeon gear from highest Mythic+ Keystone levels will benefit your character during the whole Dragonflight Season 1 up until the new Season release. And our Mythic+ Dungeons Combo Pack is the fastest and the most effective way to get the best gear which is on par with even a relevant raiding gear. So what are you waiting for? Get your Mythic+ Dungeons Combo Pack Boost today and watch your character collects all this cool gear and tremendously grows in power!

ven if you are an experienced player with the best gear from mythic dungeons and even current raid, running and completing higher Dragonflight Season 1 Mythic+ Dungeons content will still be a tough challenge for you. However, the rewards you will get for successfully completing the runs are really high: along with 392-421 item level dungeon gear with top stats from both Challenger's Cache and The Great Vault, which can also be socketed powering up your character even more, you can also get achievements for completing Mythic+ runs within timer, 540-1080 Valor Points required to upgrade item level of your Mythic+ gear even more and lots of other possible rewards such as profession recipes, rare profession reagents etc.

here are no special requirements to buy Mythic+ Dungeons Combo boost runs other than 70 level of your character. You can buy Mythic+ Dungeons Combo Pack boost with account sharing or selfplay. We will prepare your mythic+ boost group or appoint your m+ run in no time. At the appointed time you will get a quick invite to a boost group and will be carried through the dungeons until the very end and won't have to face all the trials during the mythic plus run, just follow the group, enjoy the show and grab rewards!