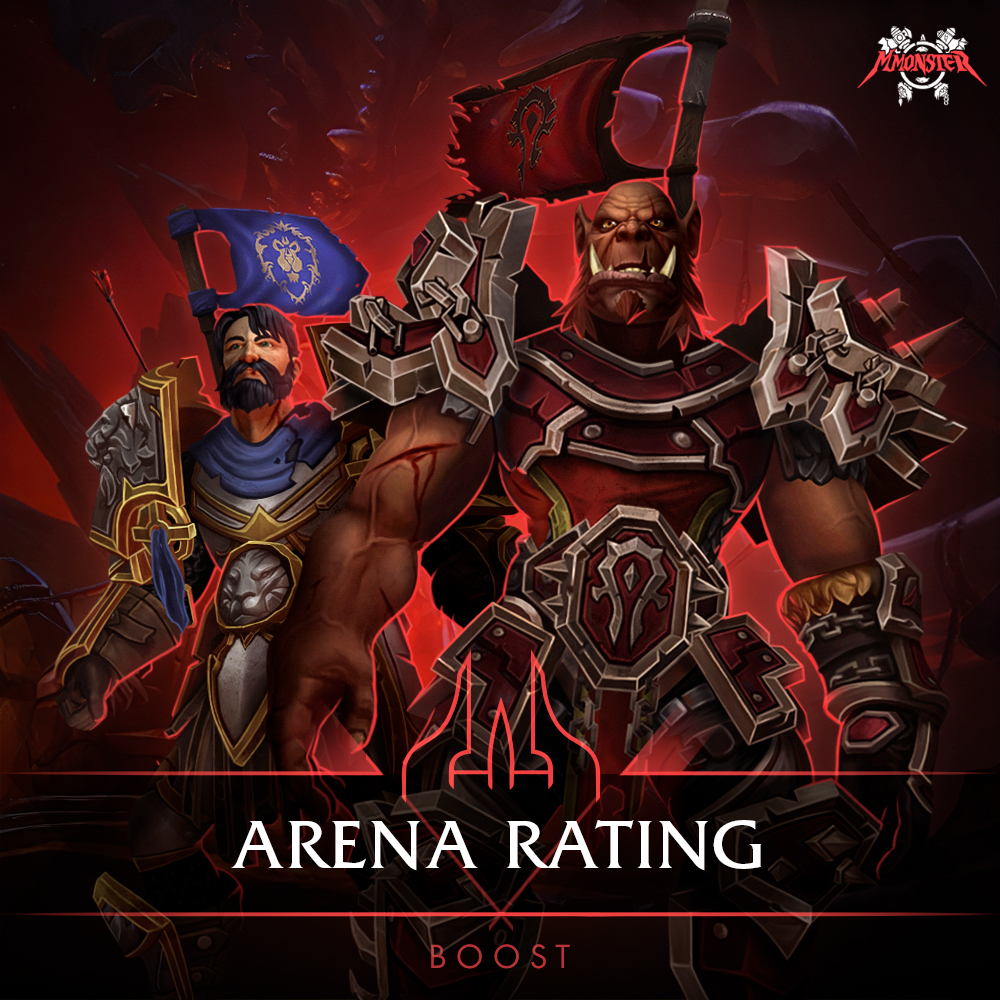 hadowlands PvP Season 4, released on August 3, is in full swing and brings lots of cool rewards and gear players can obtain for participating in different Player vs. Player activities in World of Warcraft. You can battle in competitive Ranked games such as RBG (Rated Battlegrounds), 2v2 or 3v3 Arena, random Battlegrounds or even simply kill enemy players in World PvP with War Mode on to get awarded based on associated PvP content, earned rankings and overall success. Ranked or Rated PvP will have you climbing standings by defeating enemy player teams and reaching for higher ranks, earning some cool rewards such as titles, achievements, transmog gear and mounts based based on your cutoff. Additionally to that, there is new The Great Vault feature introduced with WoW Shadowlands release which is an upgraded version of previous PvP Weekly Chest and will award players with a guaranteed epic piece of gear to choose from up to 3 potential items as weekly reward depending on amount of Honor earned in Ranked PvP games and PvP Rank reached. Also, participating in any PvP will still reward all players with Honor as an experience towards the Honor Level System, persisted from Battle for Azeroth expansion. As players increase their Honor Level, they will unlock lots of different cosmetic rewards such as mounts, toys, titles, pets etc. And last but not least, PvP Vendors and the Conquest system make their return in Shadowlands meaning players can earn both Honor and Conquest points from specific PvP activities as a currency used to buy new gear and upgrade item levels of their current PvP gear as they increase in Renown with Covenant (for Honor gear) and reaching higher PvP ranks (for Conquest gear). Participate and win the most epic pvp battles on the highest rating with our best PvP boosting teams and have the best gaming experience and pastime you have ever had!

rena is the most favorite place of all Horde and Alliance players to fight for their faction and compete to get higher in PvP rating ladder in 2x2 and 3x3 brackets (2 players and 3 players teams). Only the strongest teams can reach the highest ratings which reward Conquest points to buy elite epic gear (which can be on par with relevant Mythic Raiding gear), unique titles, cool Feats of Strength achievements and other rewards. Participating in Rated Arena games will have your Rating gained or lost every match depending on the outcome of the game. By reaching specific Arena Rating points you will get respective Rank with such cutoffs in Shadowlands Season 4:

ven if you are an experienced player with the best gear, climbing Arena ladder and winning Arena games on high rating will still be a tough challenge for you, however, the rewards you will get for reaching the highest Ranks are really high. Depending on your earned Rating you will get lots of different rewards, such as Feats of Strength achievements, unique titles and guaranteed 285+ PvE / 298+ PvP item level item as a weekly reward from The Great Vault as well as item level of PvP gear from the conquest vendor upgraded and Elite Gladiator gear set pieces unlocked for purchase etc. Here are all the rankings a player can earn in Shadowlands PvP Season 4 and their respective rewards:

dditionally to that, you will get a bunch of Marks of Honor which you can exchange for old season PvP tier sets or weapons, heirlooms and pvp mounts, lots of Conquest Points and Honor Points farmed during the boost required to purchase and upgrade your PvP gear from Honor and Conquest vendors, Honor Level boosted along the way, tons of Anima to fuel your Covenant Reservoir or to buy some cool Covenant rewards and filling PvP progress bar towards Seasonal PvP mount reward (Vicious Warstalker mount on Alliance side and Vicious Warstalker mount on Horde side in Shadowlands Season 4) or Vicious Saddle (if you already obtained your Seasonal PvP Mount) which can be exchanged for one of the Vicious mounts from the previous expansions. Our professional pvp boosting team consists of several multi-ranked 1 Gladiators with huge experience in providing the fastest, most secure and reliable service using only premium VPN services so you can be sure you will achieve your desired Arena Rating in no time. There are no special requirements to buy Arena Rating Boost Carry other than 60 level of your character (you can order Shadowlands Power Leveling Boost at our store) and specific item level gear of your character mentioned in the Requirements tab. We also guarantee security of your account, complete anonymity and reliability of our PvP boost services. You can buy Arena Rating Boost Carry with account sharing or selfplay. Our professional and trusted Mmonster players will kindly boost your character with this WoW Shadowlands Season 4 Arena Rating boosting service really fast so lean back and watch your character climbs the competitve PvP ladder and tremendousely grows in power!