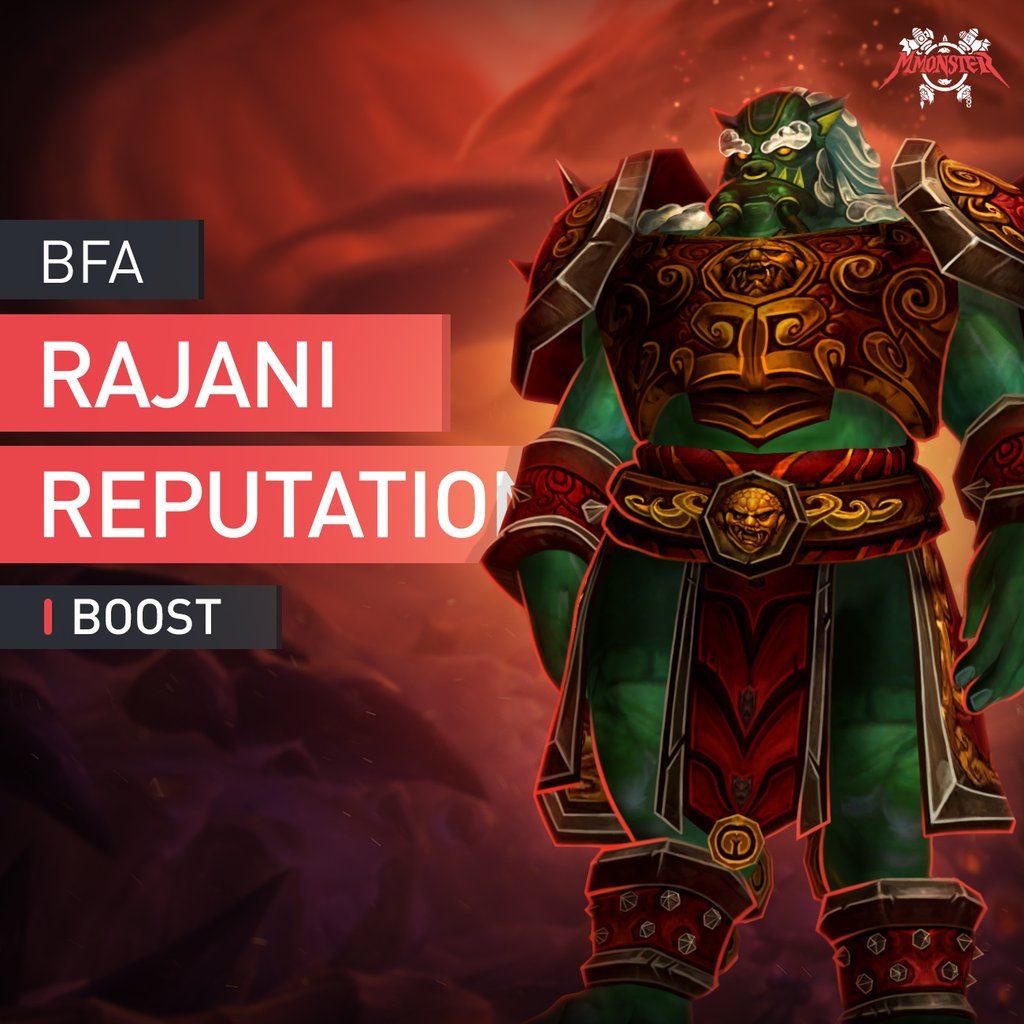 ajani is a new faction added in World of Warcraft patch 8.3 Visions of N'Zoth expansion located in Vale of Eternal Blossoms. The faction is a group of mogu loyal to the titan keeper Ra-den and led by Stormspeaker Qian whose mission is to defend the Engine of Nalak'sha from N'Zoth's minions. Leveling reputation with Rajani faction unlocks some cool rewards such as new troops for table missions, Windfeather Quill battle pet, Rank 3 of Touch of the Everlasting and Spirit of Preservation Heart of Azeroth Essences and cool Lightning-Forged Augment Rune for getting Exalted reputation. There are several ways to gain reputation level, such as zone quests, world quests and new N'zoth assaults in Valley of Eternal Blossoms but even then getting Exalted reputation will take you several weeks to achieve. We will perform all the required activities to gain Exalted reputation with Rajani faction, so save yourself lots of time using this farm service by our boosting team.