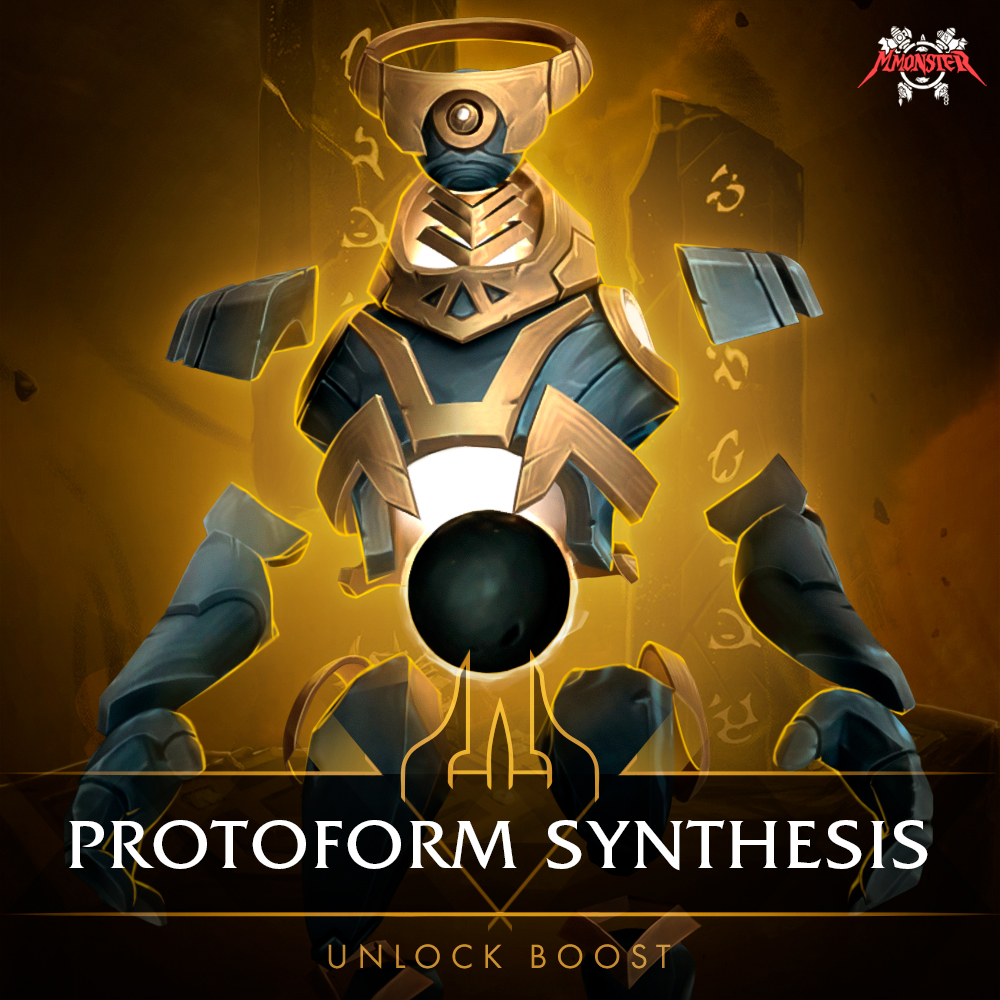 n order to fully unlock Protoform Synthesis system, players have to start Secrets of the First Ones Campaign and complete first 3 Chapters: Into the Unknown, We Battle Onward and Forming an Understanding. Upon completing quests during chapter 3 you will unlock Cypher Console and Cypher of the First Ones - talent based system, which grants lots of perks, buffs and other goodies in Zereth Mortis. After you research Dealic Understanding and Sopranian Understanding, 2 quests will become available, after completing which you will gain access to Protoform Synthesis system, allowing you to craft new mounts (Protoform Synthesis (Mount)) and pets (Protoform Synthesis (Battle Pet)) by collecting reagents from different sources in Zereth Mortis, which start dropping from rares, mobs and treasures. Also, after unlock, your Synthesis forge will already have several mount and pet patterns within it right away, with the rest patterns hidden and scattered all over Zereth Mortis. So what are you waiting for? Our boosting team will gladly help and unlock Protoform Synthesis system in the shortest time allowing you to obtain even more new mounts and pets from WoW: Shadowlands expansion increasing and enjoying your collection. We guarantee security of your account, complete anonymity and reliability of our powerleveling services.